Process of making the skirt

Eleanor:  As I started to delve into the work I found I needed to make something physical to create from.

Eleanor:  Exactly. Making the skirt was the beginning of my process.

Elizabeth: Whereas I notated, dissected and wrote responses to distil the research.

Eleanor: And, for me, the thinking needed to manifest in an object; I wanted that type of springboard. I began by dying rayon. Working with the colour theory was always essential, with the red/green contrast representing growth and blood that came together to be an earthy brown.

Elizabeth: And there was the idea of triangle…

Eleanor:  The triangle idea. My mother had saved paintings from when I was little where the female figure is always represented by a triangle. The image of ‘girl’ entangled with skirt - all those little girls were triangles.

Elizabeth: The symbol of the triangle as archetypally feminine always seemed fundamental to me – in the Chauvet caves, the earliest known figurative art represents a pubic triangle surmounted by a bull’s head as well as the chest and head of a lioness. The identification of the triangle with the feminine has been with us for over 30,000 thousand years and it would be hard to overestimate its impact.

Eleanor: Skirts that are tiers come together easily as triangles and allow for the contrast I wanted. The skirt had reds and oranges and browns, assembled with a high contrast black - obvious obvious triangles: the skirt a triangle that keeps breaking down into smaller and smaller triangles.

Elizabeth:  It also had an underskirt system…

Eleanor:…because the second part of my process after making the skirt was to have someone wear it and an underskirt allowed more possibility. I had attended the annual Gala Event at the Shadbolt Centre for the Arts in June of 1997 and took the opportunity to hire the model, Rebecca Cohen, to wear the skirt and walk around the event lifting it. She was fully clothed underneath of course but I wanted to see how people would respond. (see images below) I made many drawings and took photos exploring the skirt’s movement, I did use the skirt images from that event for some of the digital explorations, and the images were kept close by as a source or reference.

Elizabeth: There were a lot of back alleyways and crossroads, especially at the beginning, partially because we were experimenting individually with the research.

Eleanor: We were working mothers and had to squeeze in our exploration whenever time permitted.

Elizabeth: For me that was often in the late-night when everyone else was asleep.

Eleanor: It was also as a way of developing ideas before sharing them with the group.

Elizabeth: But I think that process of wandering backstreets and travelling in every available direction was an important step in shaping and informing the path we decided on in the end - we just worked it until we were swimming in the same river.

Eleanor: The first opportunity I had to work with the images I’d collected was in the digital interpretations of Voyeur, leading up to the creation of the CD ROM in the fall of 1997.

Eleanor: Now we’re 21 years older and making this site seems like a good way for the project to enter the world of today.

Elizabeth: It’s oddly synchronous, considering how we began with the CD-ROM.

Eleanor: At that time though, to accomplish what we can now, would have been well beyond our means.

Elizabeth: I remember we considered the possibility. A lot of the fairytale work (another abandoned path) was done with the idea of creating an interactive story. Daunting to consider as I’m a bit of a Luddite.

Eleanor: I think now is the right time for it. My own peers are always impressed with our dedication to this project, our sticking with the idea over the long term. There are often comments about being able to discern a surety with the material and an underlying awareness that only comes with extensive research.

Elizabeth: And we’ve only ever shared that research in tiny bits. That said, I think the factor of time certainly impacted the direction of the work.

Eleanor: We were both working professionally, but when it came to this project we had a relaxed approach, never making compromises to achieve a particular goal.

Elizabeth:  A labour of love so to speak, appropriate considering the subject. And we have been well rewarded by the fact that the resonance of the lifting skirt has continued to shift and expand with time.

Eleanor: Once we hit on the subject we knew it would be rewarding to pursue. So many threads go into the weave of this story.

Elizabeth:  All deepening our awareness of the extent to which the feminine has been compromised and artificially reconstructed over the last few thousand years.

Eleanor: So many preconceptions needed, still need, to be reexamined.

Elizabeth: Exactly. Since my college archeology and anthropology days many long-held theories have come into question, not the least of which is the temporocentrism of determinations and identifications that were made regarding the role of both prehistoric and historic women.

Eleanor: And being the mothers of daughters makes us particularly sensitive to and excited by all these changes. 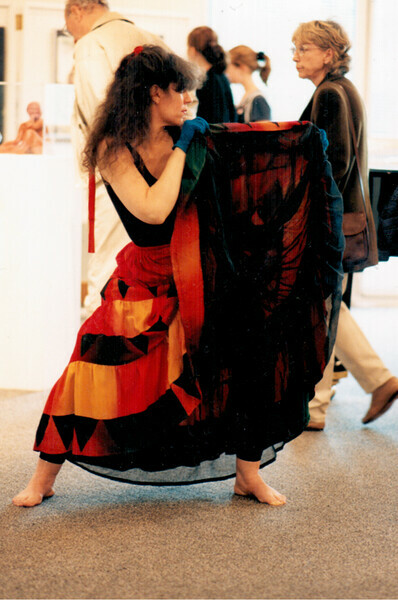 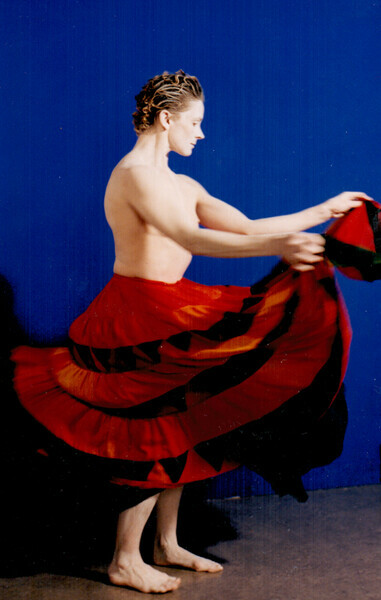 Copyright © 2022, Eleanor Hannan and Elizabeth Dancoes's 1001 Funny Things you can do with a Skirt. All rights reserved. | Administration | Powered by ArtSites.ca