Elizabeth Dancoes is a poet, playwright, dramaturg, script editor and actor. Her poems and stories have been published in many periodicals and she maintains long term collaborations with local artists Eleanor Hannan and Susan Madsen. Produced work includes the plays Paradise & The Wasteland and Criminal, as well as performance pieces created for Kokoro Dance: Esse, The Betrothal, Sade, F and A Simple Way. She was the story editor on the award-winning TV movies Terry, Torso, Society’s Child, and the feature films Long Life, Happiness and Prosperity and Life, Above All 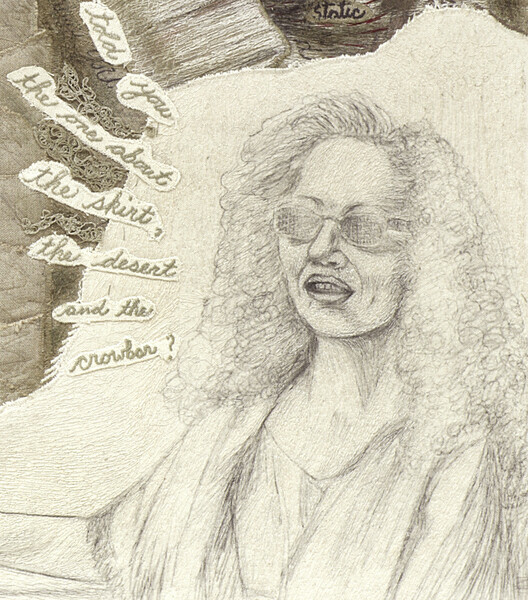 Eleanor Hannan is a visual artist and teacher. The core of her artwork is both drawing and the discipline of working everyday following the ancient adage accredited to Apelles of “no day without line”. Her art form is embroidery; drawing in thread.
She has been awarded numerous grants the most recent to breakdown embroidered cloth and examine its emotional impact. She won the Wearable Art Award in 2006 for an embroidered costume based on the idea of rising from the ashes.
In addition to her art practice she is a teacher. She teaches surface design for textiles in the Fashion Design and Technology Degree program at Wilson School of Design at Kwantlen Polytechnic University, Richmond BC.

Eleanor and Elizabeth have worked together for many years on the 1001 Funny Things you can do with a Skirt project creating stories based on extensive research into the history and mythologies of the skirt.  Eleanor's work has included embroidered stories, paintings, drawings and digital work. Their first presentation of this material was the story called Lunch presented in an anonymous street card in 1998. In 2011, 1001 Funny Things you can do with a Skirt had two showings: Seymour Art Gallery, Deep Cove, North Vancouver and Craft Council of BC Gallery , Granville Island. In 2016 a new story: Silly Skirt Poem was shown at Artemis Gallery in Deep Cove, North Vancouver. 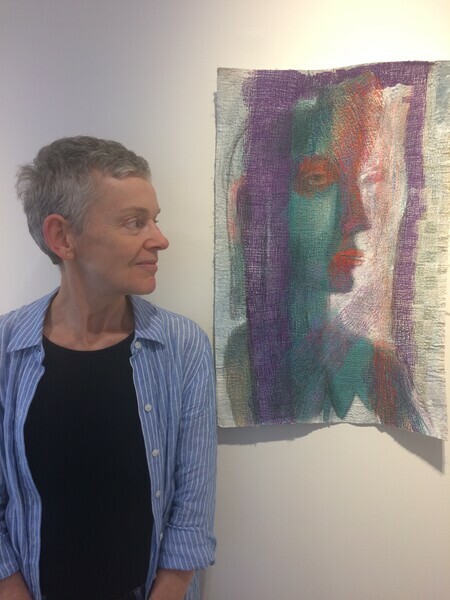 Copyright © 2021, Eleanor Hannan and Elizabeth Dancoes's 1001 Funny Things you can do with a Skirt. All rights reserved. | Administration | Powered by ArtSites.ca